My friend gave us some hand-me-down Barbie stuff, and my kids have been in Barbie Heaven. This is what happened when I pulled out the box of stuff and left them to their own devices… I even uploaded a larger version just because (click the photo). Her room still looks this way a few hours later. I tried to help them organize and then realized it was futile. Kitty had a starring role as the cat-monster of BarbieLand. 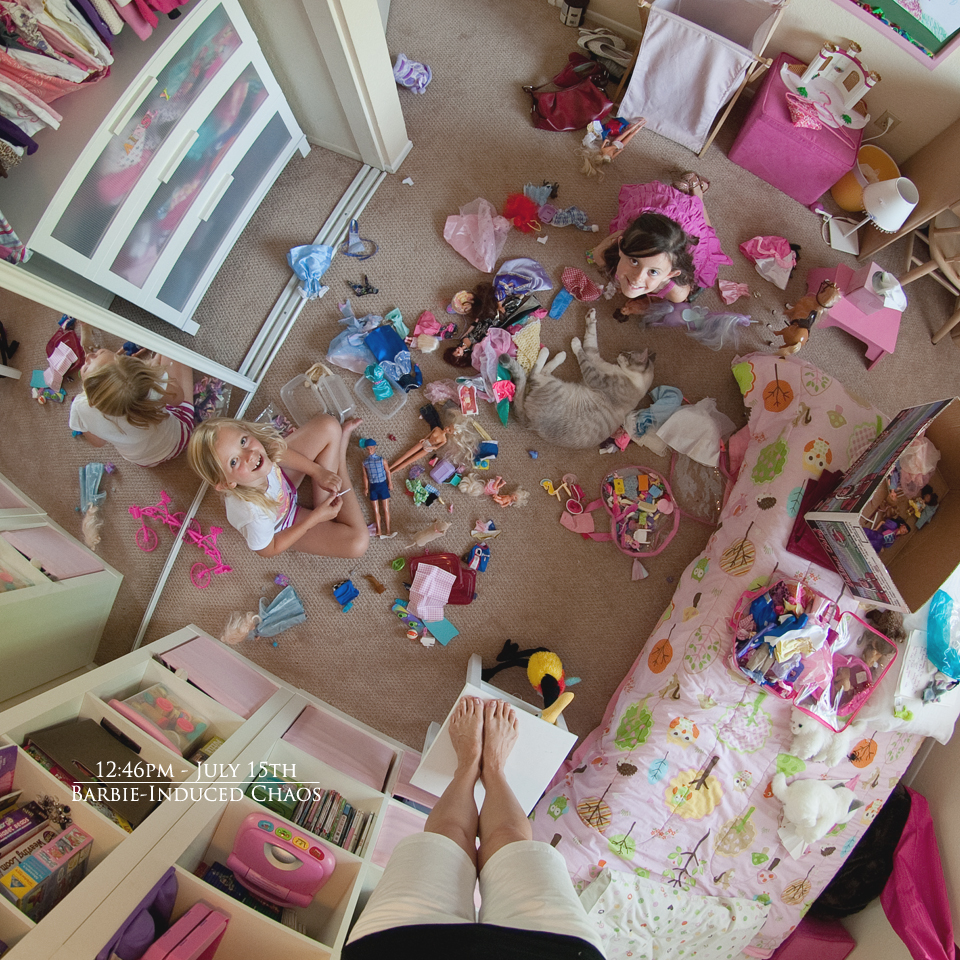 This entry was posted in 365 for 2012, My Girls, Photography. Bookmark the permalink.