These are about the only photos I took today :) We had been thinking about adopting a dog for months, but it always seemed like we were going to be gone for little trips here and there and didn’t want to bring a new dog into the family when we had so many out of town things going on. We got home from Catalina after being gone this weekend and realized our trips are all done for a while, so we went for it! Jared and I had been looking on Petfinder on and off for months, so we had some idea of what sort of dogs were available.

This girl is a German Shorthaired Pointer mix — she has a bit of bully in her face, but who knows. She is so sweet, gentle, has NO interest in chasing the cat… I could go on and on. We’re so lucky to have found her!

She’d been at the Palm Springs Animal Shelter for 10 weeks, and is only about 6-8 months old. The poor thing had spent so many nights of her young life there. That shelter, however, is so very nice and the people were so helpful and great. It was heartbreaking that we couldn’t also take home the other dogs that we ‘met,’ but we thought she was right for us.

Of the three we looked at and played with, she had been there the longest. I feel so great about our experience. If you live anywhere nearby, they are doing $20 adoptions until Friday, August 31st :)

They had named her Cookie at the shelter, but we’re thinking we want to rename her because I’ve already had two dogs in my life named Cookie. I think she’s a Molly, but we’ll see :) 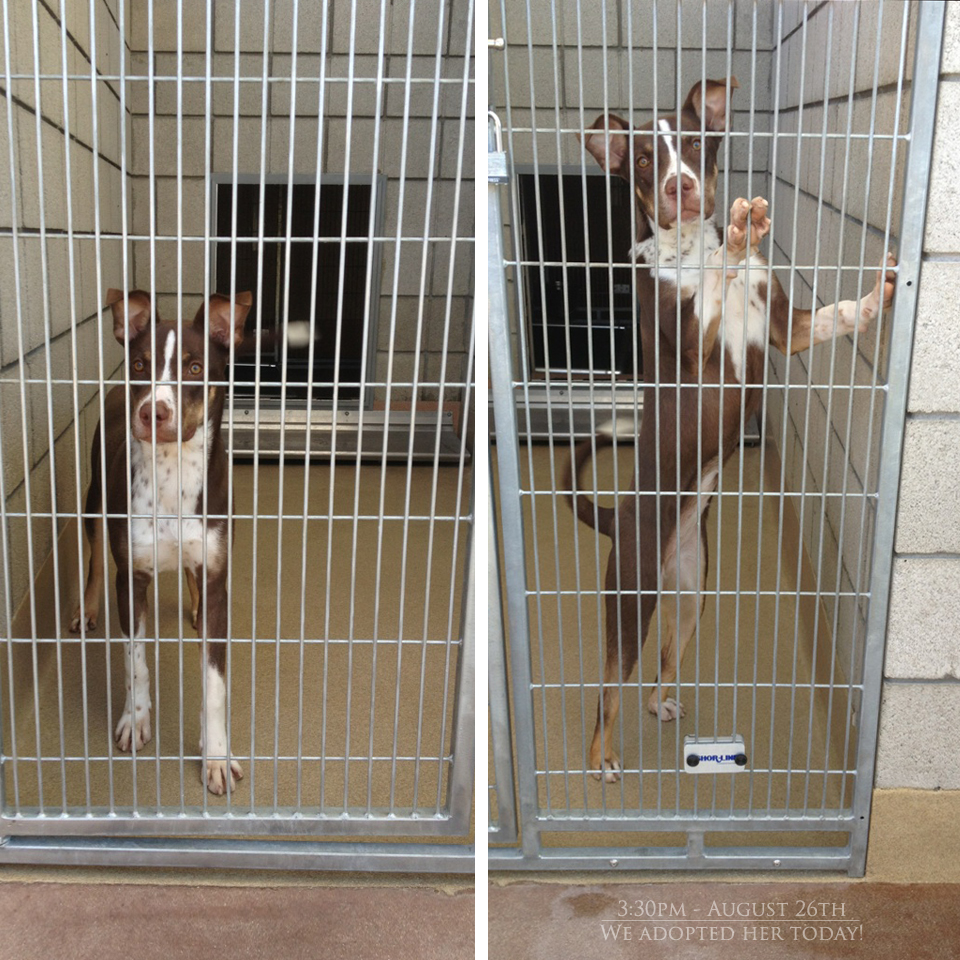 This entry was posted in 365 for 2012, Photography. Bookmark the permalink.