What a nuclear family Playmobil presents, huh? They camp, they fish, they drink wine? This is Avery’s new set from her birthday. The girls have big platforms that slide under their beds and on top of each there are several Playmobil sets that kind of make up a little civilization. It’s fun to watch them and listen to them use their imaginations. 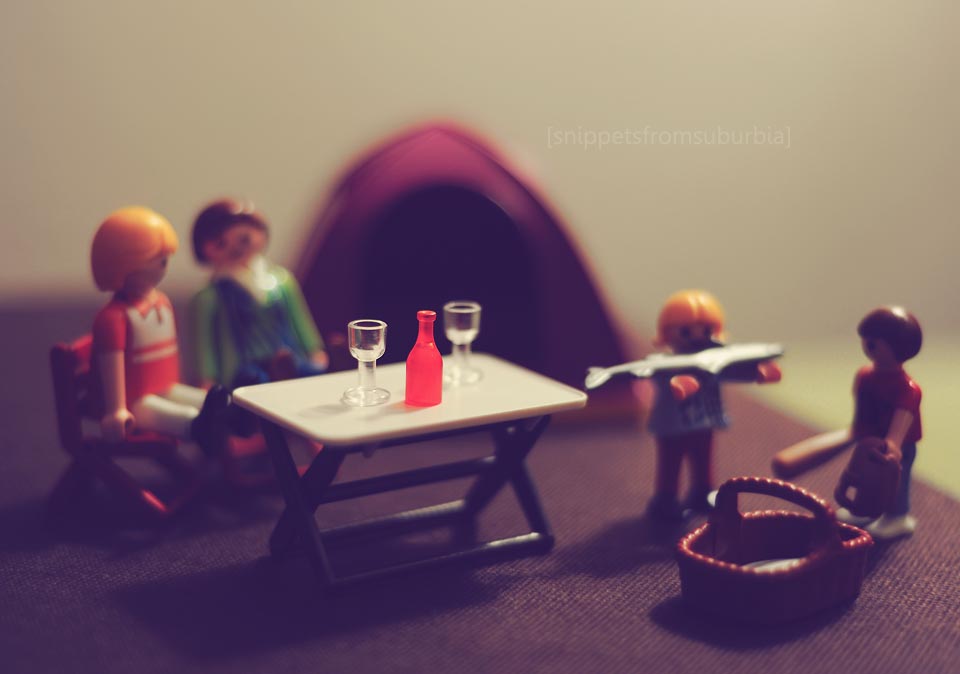 And my two funnies of the day today —
#1 — as I was getting ready for work (a rarity that I would work on a Monday, but I did…) Avery bursts into my room and says, “Hey Mom, who’s the brains of this outfit?” like she was some sort of wild west character looking for a shoot out or something. It was hilarous :) Or, to me, anyway…

and #2 — as we’re driving home after work and school, Ainsley tells me that out on the field at school, she and some friends had made a treehouse for the worms made of leaves and branches and rocks. They put the worms into it, and then watched them wiggle around. A few seconds later, she said, “And I wanted to teach them a secret handshake, but since they don’t have hands, they’d probably just get all tangled up when they practiced it.” She’s so silly and cute :)